There is no doubt that the AR-15 is the most popular rifle in America. But for how many people own these firearms, there are many that do not know many of the basics when it comes to proper handling and use of them. So what should you know how to do if you are an AR-15 owner? Let’s go over six essential skills that will help you become a better AR owner!

A quick and speedy reload is one of the least often practiced skills by new AR owners, but it is one skill that is the most important should you ever find yourself in a gunfight. The combat reload will help if you find yourself out of ammo or run across another gun issue, and need a fresh stack of ammo.

To perform a combat reload, start with the bolt in the lock position. Bring your support hand up while depressing the magazine catch with your trigger finger. In general, the magazine will usually eject from the gun due to inertia. Because of this, you can bring your support hand to your reload magazine. With a quick snap, insert the new magazine into the gun. Moving the support hand up the receiver, depressing the bolt catch, and then back to its original support position.

One of the most basic positions is called the low ready position. This simple position is used to present your weapon when there is a potential threat around that may need to be engaged. But, when properly used, this position provides safety from an accidental round being fired and injuring someone. At the same time, it provides a quick way to aim and fire a weapon if the need arises.

The low ready position is done by keeping the muzzle pointed at the ground at around a 45 degree angle between you and your potential target. Your finger should be off of the trigger in this position, but again ready to engage should the need arise.

Every gun will eventually malfunction if it gets dirty enough, so learning how to field strip and take apart a gun to clean it and diagnose problems is essential to owning an AR-15. Learning to field strip your rifle will take a little bit of practice, but over time you will be able to do it instinctively. Before field stripping, ensure that the gun is unloaded and there is no live ammo around. With the bolt forward, press the rear takedown pin and tilt the rear portion of the upper receiver upwards, separating it from the lower receiver.

Pull out the charging handle and the bolt carrier group, and from here you can break down the bolt carrier group even further. Again, the more that you practice this procedure the easier it will get. You will also become more and more familiar with your firearm and the AR-15 platform in general, making fixing potential problems much easier in the future.

Also Read: 5 Reasons to Build Your Own AR-15 Rifle Instead of Buying

Clearing a Jam or Malfunction

Every gun will eventually have a jam or malfunction, and when this happens it can be very frustrating to fix. Some shooters will panic and try to find a hammer to break loose the malfunction, while others will stand around wondering what to do. The first step in clearing any malfunction is to lock the bolt back and remove the magazine to the gun.

When two rounds are stuck in the gun, one is usually stuck in the chamber with the other in the feed ramp. The only way to clear this malfunction is to now rack the gun over and over. Hold on to the charging handle as tight as possible, and do it as hard and fast as possible.

Most AR’s have mechanical sights on them, but the majority of these sights are never zeroed. This is because most shooters will have optics on top of their rifles, and really never even use their mechanical sights. If your optic were to ever fail you, however, you are going to need to go to your backup irons and if they are not properly sighted in, you are going to be in a world of trouble.

A 50-yard zero is great for fighting rifles, and while there are more precise zeros at longer ranges, this works great for most applications. Even if you use a primary optic, it is always a good idea to have a mechanical zero. Now if you ever have a need to use them, they will be ready to go!

When properly taken care of, an AR-15 can last a lifetime. There are a few AR-15 parts that see more wear and tear than others however, and these need to be replaced. The gas rings are the largest contributor to mechanical problems in these guns, but luckily they are very easy to replace. Once you have field stripped your gun, disassemble the bolt carrier group as well.

With the bolt removed, use a small pick or paperclip to push the gas rings up so that you can get them over the edge of the bolt tail. To install the new rings, do the same thing except in reverse. It also helps to add a small drop of gun oil to help them slide more easily.

And there you have it, six of the most important things that an AR-15 owner should know. Some of these things are easier to learn and practice than others, but they are all very useful and should be learned at some point or another. If you have a new AR-15, it would be in your best interest to learn all six of these things and practice them whenever you get the chance! 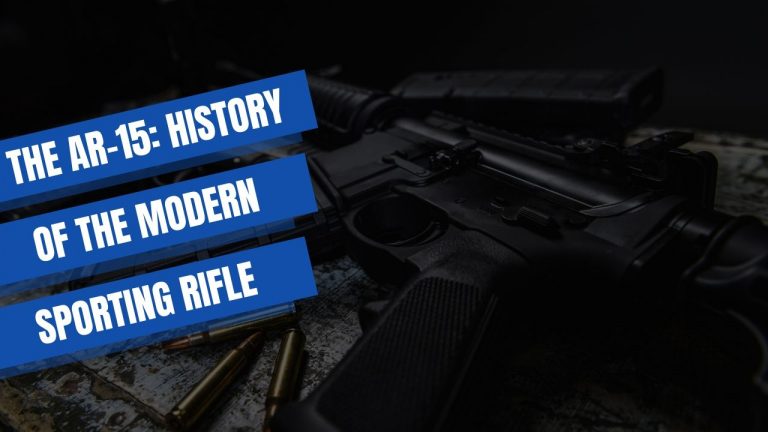